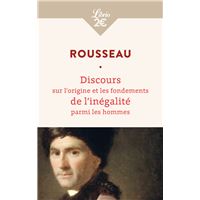 The intent of Section 1 is both to present the general conclusions reached in this work concerning taxation and the ancient economy and to provide an orientation for the more detailed discussions of specific taxes in early Ptolemaic Egypt that follow. Sections 2, 3, 4, and 5 discuss in detail the various early Ptolemaic taxes on the basis of the entire corpus of published tax receipts from early Ptolemaic Thebes. Occasional references are also made to other sources in order to clarify issues that cannot be addressed through the early Ptolemaic Theban material due to lack of evidence.

The emphasis on early Ptolemaic Theban sources is intended to control the regional variation in the administration of taxes and taxation, as well as to restrict the corpus to a manageable size. The second part, the prosopographic study of taxpayers, consists of Section 6.

Here the taxpayers who are known from multiple tax receipts and other sources such as papyri are discussed. Many of these taxpayers are mortuary priests who stored their legal documents in the tombs where they worked, where these papyri were found early in the nineteenth century. These legal documents provide a detailed picture of life and death in the community of mortuary priests in early Ptolemaic Thebes, which can only briefly be discussed here. The third part, the catalogue of tax receipts, consists of Section 7.

The tax receipts are presented in the order of their inventory numbers rather than sorted according to type of tax or by taxpayer since the types of taxes and the taxpayers have already been discussed in the preceding two sections. This approach avoids privileging either the type of taxes or the taxpayers at the expense of the other. The tax receipts are also assigned catalogue numbers for ease of citation, and all texts in this work are cited either by their standard papyrological edition reference or by both their inventory number and their edition reference.

I particularly thank Raymond Tindel, Registrar and Associate Curator of the Oriental Institute Museum, for his generous help with the ostraca and his infinite patience. I thank Professor Willy Clarysse and the late Professor Jan Quaegebeur of Leuven University for showing interest in my research and for spontaneously sharing their own research with me, thereby directing me to important sources that I would otherwise have missed.

Finally, I thank my mother, Joy Muhs, for her understanding and support during the difficult final stages of writing the dissertation. The manuscript of Tax Receipts, Taxpayers, and Taxes in Early Ptolemaic Thebes was written following my appointment to the Papyrological Institute of Leiden University in September I wish to thank my colleagues at the Papyrological Institute for reading drafts of various sections and making many useful comments on them, in particular Professor P.

Pestman, Dr. I also thank Professor Dorothy Thompson of Cambridge University for reading several sections and commenting on them. I thank two of my students at Leiden University, Pascal Craussen and Martin Fink, for volunteering to read several sections. The photographs of the ostraca in the Nelson collection of the Oriental Institute Museum published here were made by the author at the Oriental Institute Museum in April and May At the same time, the readings in the manuscript were checked against the originals.

The hand copies of the ostraca published here were produced from the photographs in July I thank Katie L. Johnson and Thomas G. Urban of the Oriental Institute Publications Office for their help in converting the manuscript into a publication.


Finally, I thank my wife, Tasha Vorderstrasse, for her understanding and support during the long process of writing, editing, and checking the manuscript.